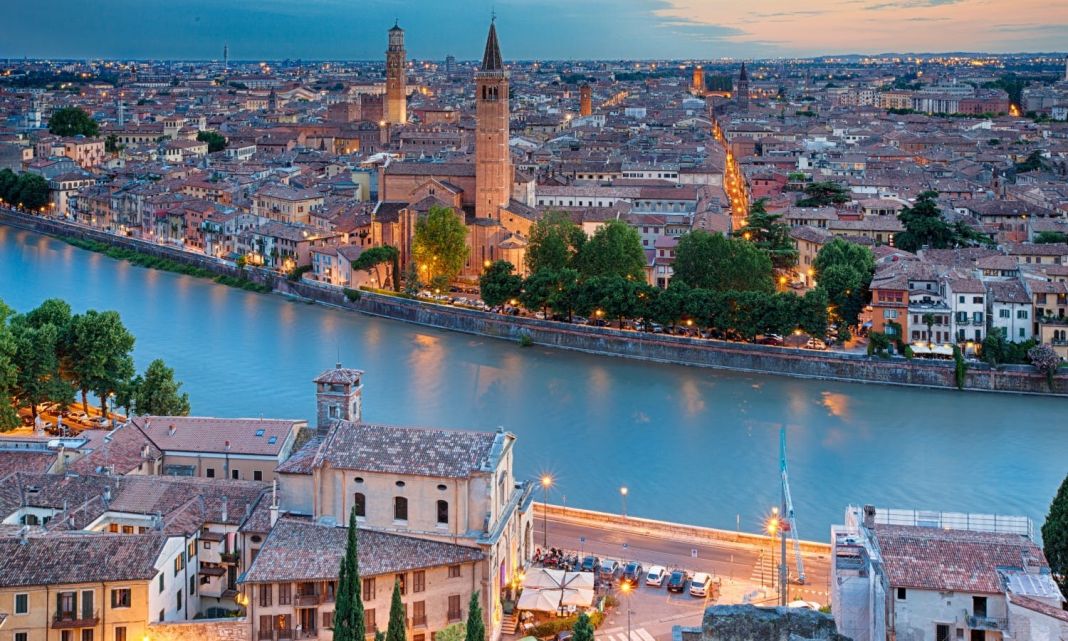 Verona is a city in Veneto, northern Italy, and home to approximately 265,000 inhabitants. Verona is one of the seven provincial capitals of the region and the second most populated municipality. Verona is one of the main tourist destinations in northern Italy, with visitors coming to see its artistic heritage such as the ancient amphitheatre built by the Romans, its annual fairs, different shows, and operas.

The city was declared “World Heritage Site” by UNESCO, preserving the significance of its urban structure and architecture. Verona is an excellent example of a town that has developed progressively, with its architecture reflecting artistic elements from several historical periods over the past 2000 years. Architecturally, Verona also represents the concept of the fortified city.

The agreement between Verona and Bethlehem established to foster peace, tolerance and mutual understanding. The agreement designed to facilitate cultural exchange, knowledge transfer, and exchange between members of political and administrative bodies, social organizations, unions and the education sectors.

In December 2013, the Mayor of Bethlehem visited Verona to attend ‘The Village of typical food and traditions of Verona twin cities’ event. In February 2008, the lights of Bethlehem Municipality building were switched off for one day in solidarity with an energy-saving initiative promoted by the Italian Ministry of Environment.