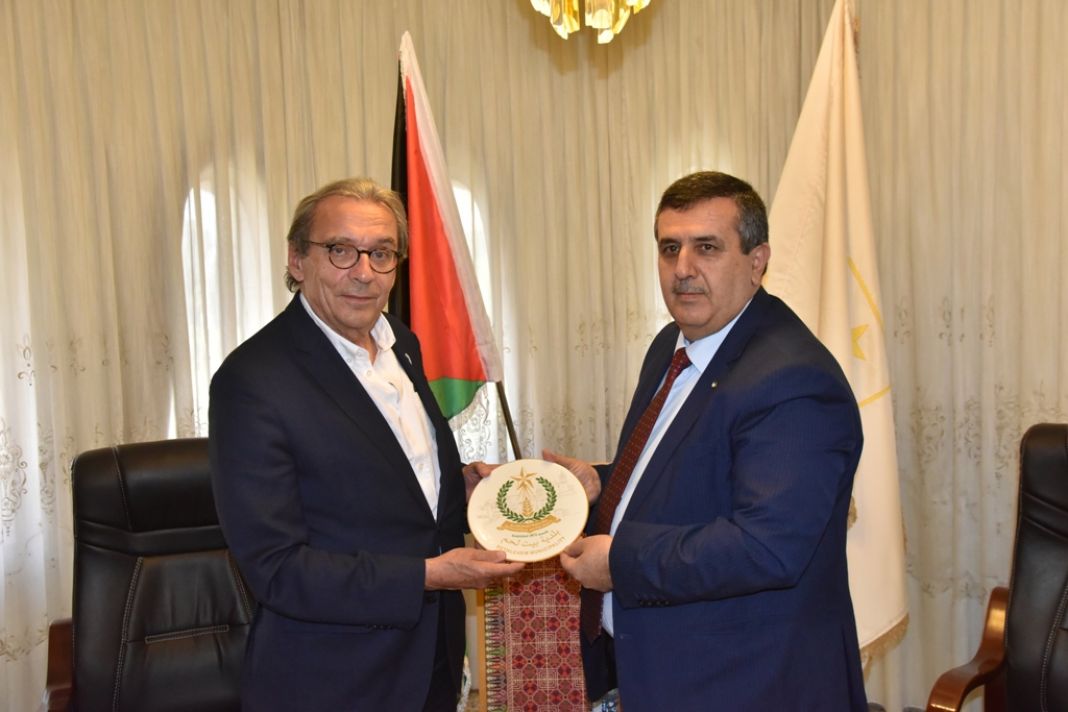 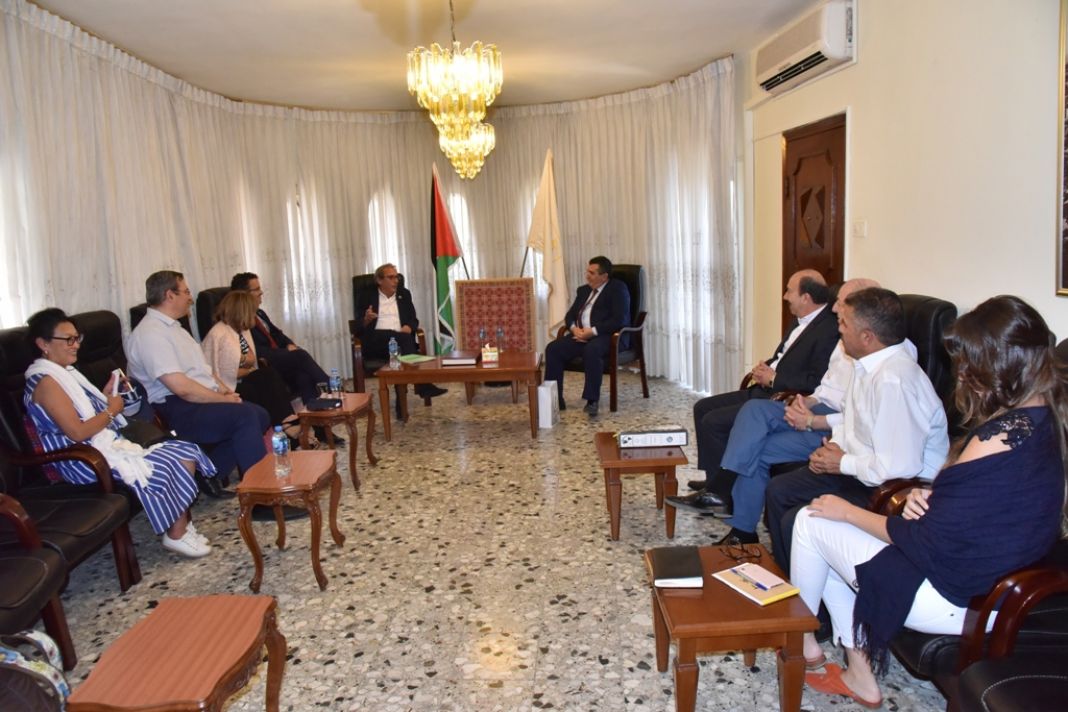 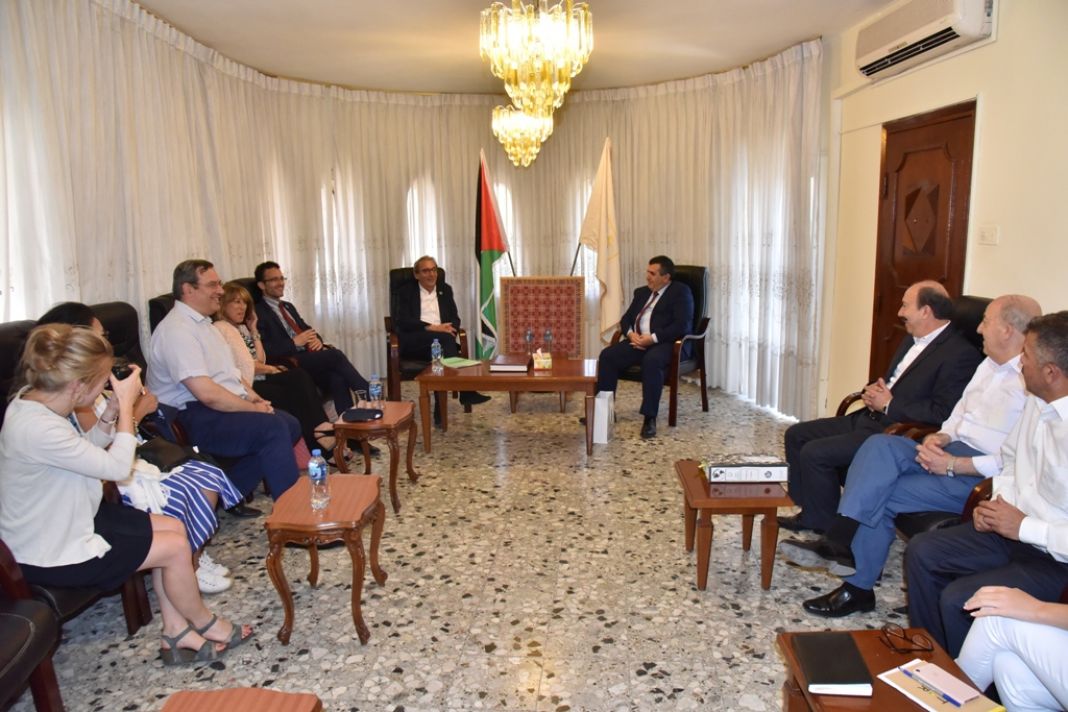 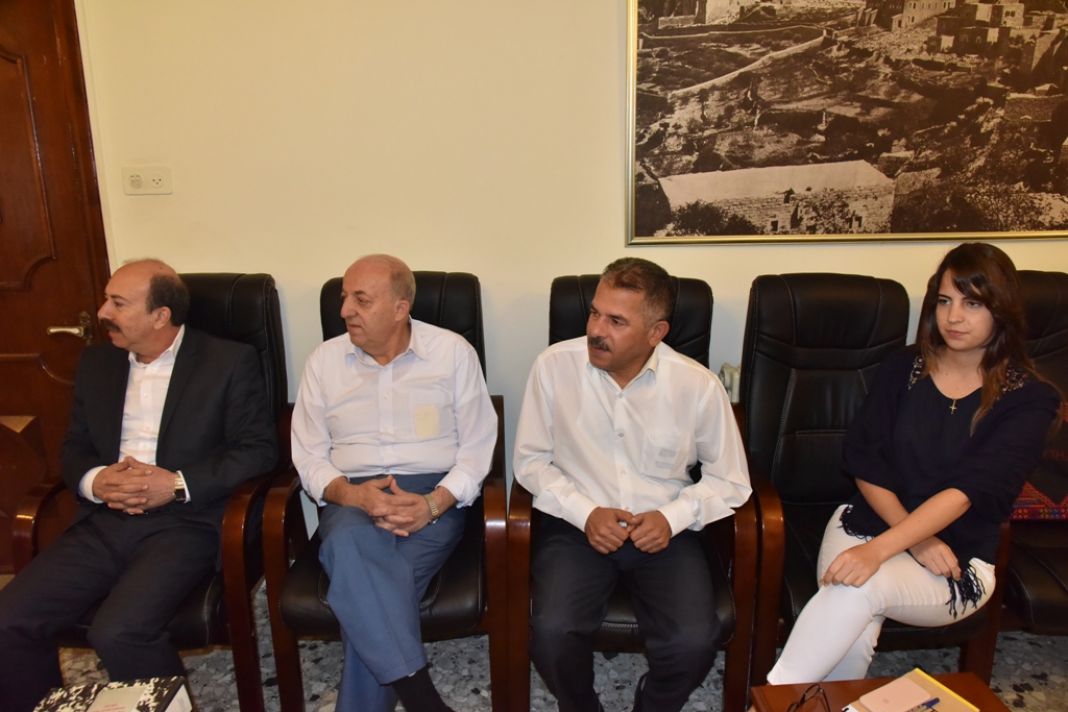 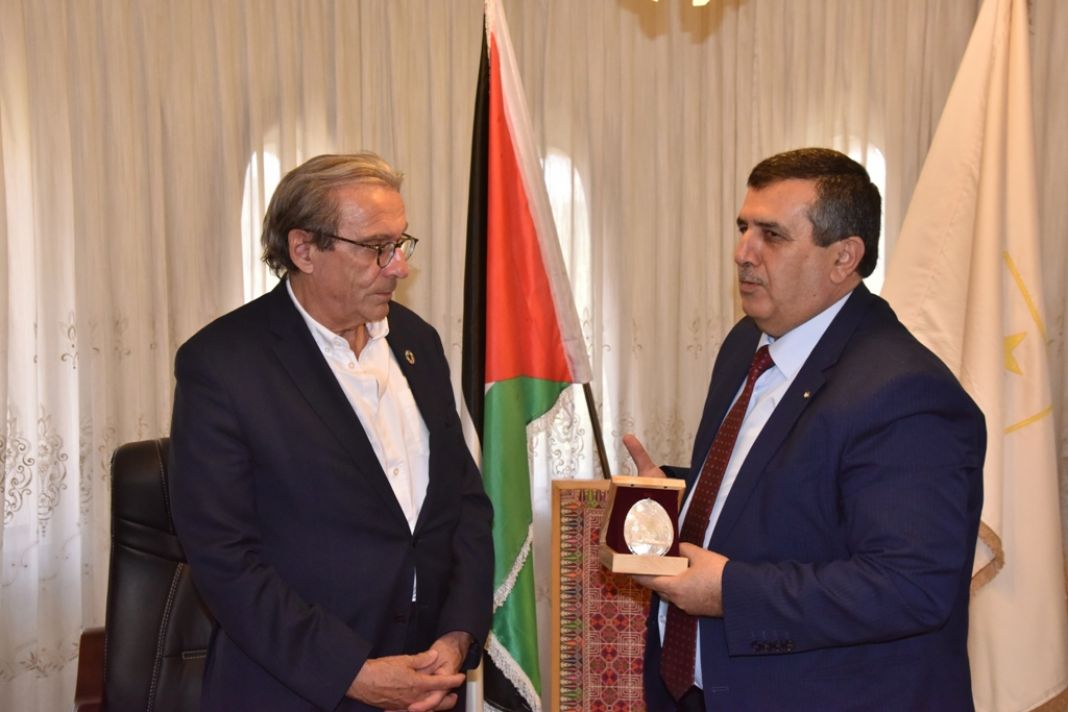 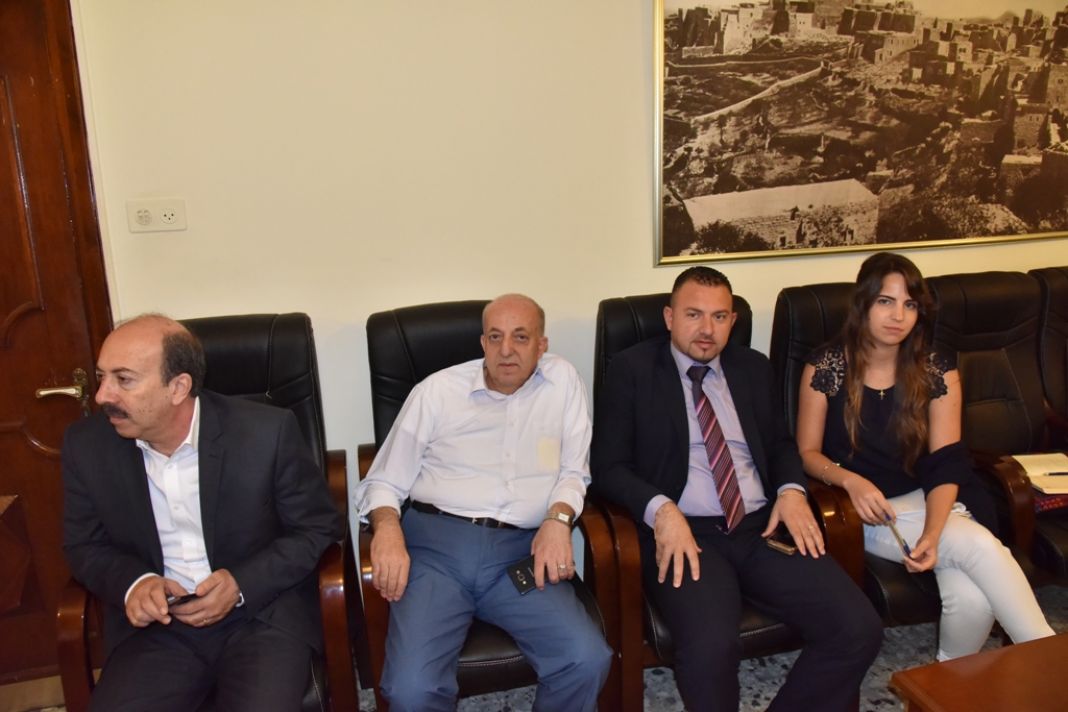 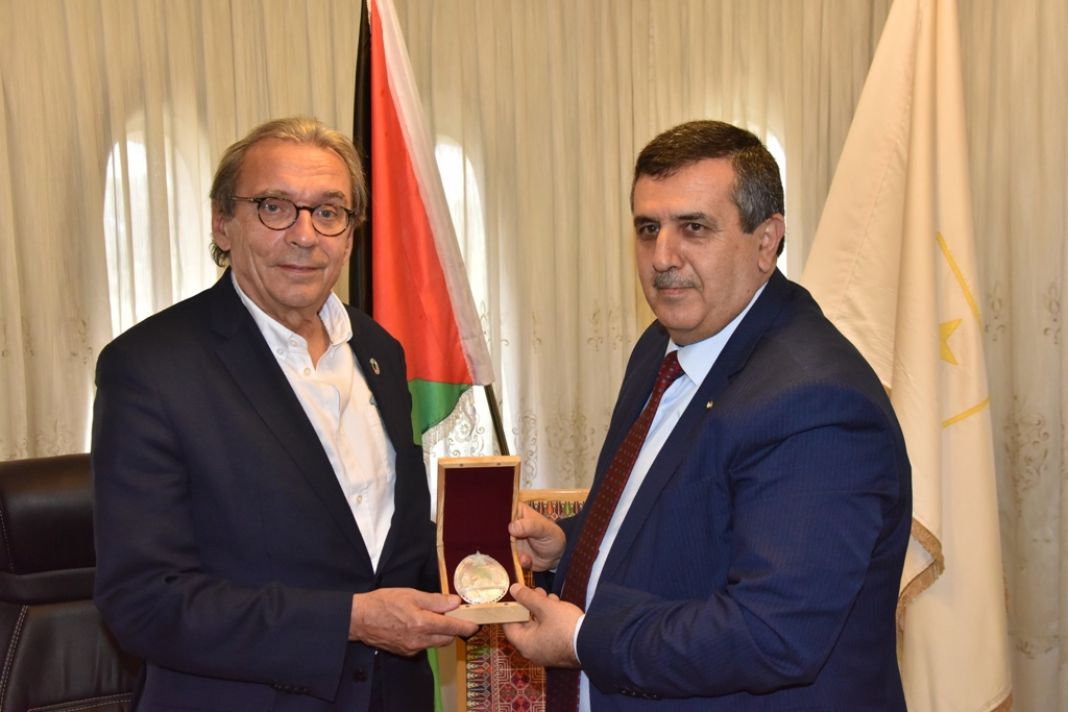 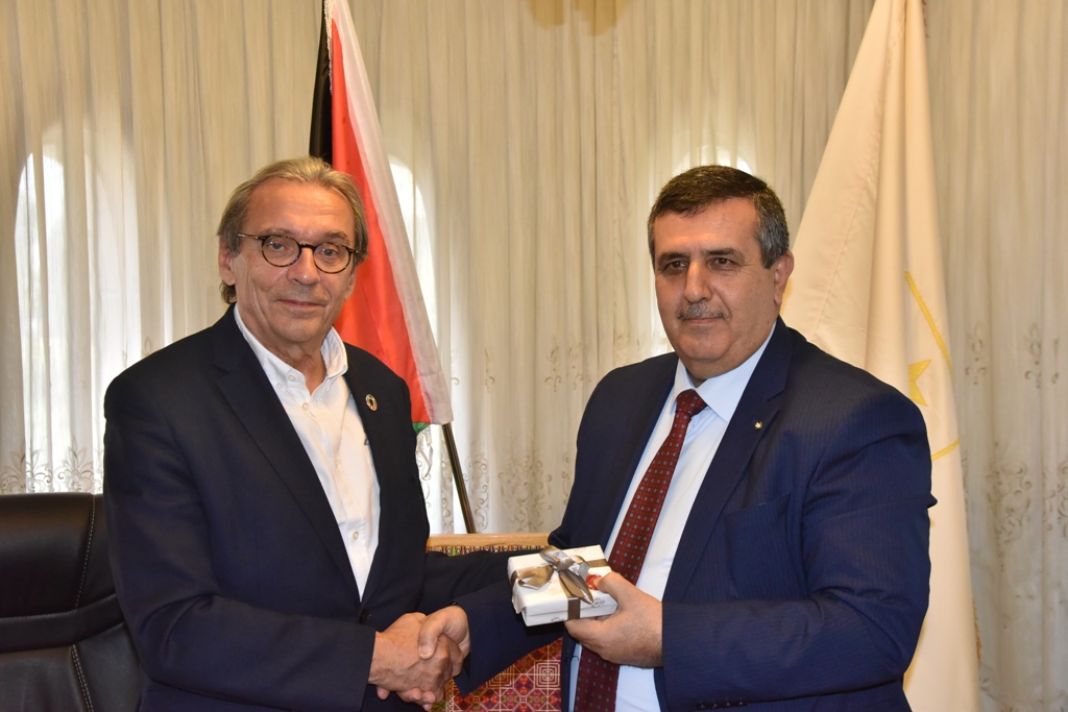 After welcoming the Mayor of Strasbourg in Bethlehem, Salman noted that the two municipalities had signed the cooperation and partnership agreement on June 5th 1998. He added that the Cooperation between the two cities has included mutual visits, cultural exchanges and the presence of Bethlehem artisans at the famous Christmas Market of Strasbourg.
From his part, Ries thanked Salman for the hospitality and expressed his desire to activate the relationship between the two cities. Moreover, he emphasized that the two cities share an interest in Christmas, and he mentioned the Christmas market which is organized annually in Strasbourg.

At the end of the meeting Salman and Ries exchanged gifts.