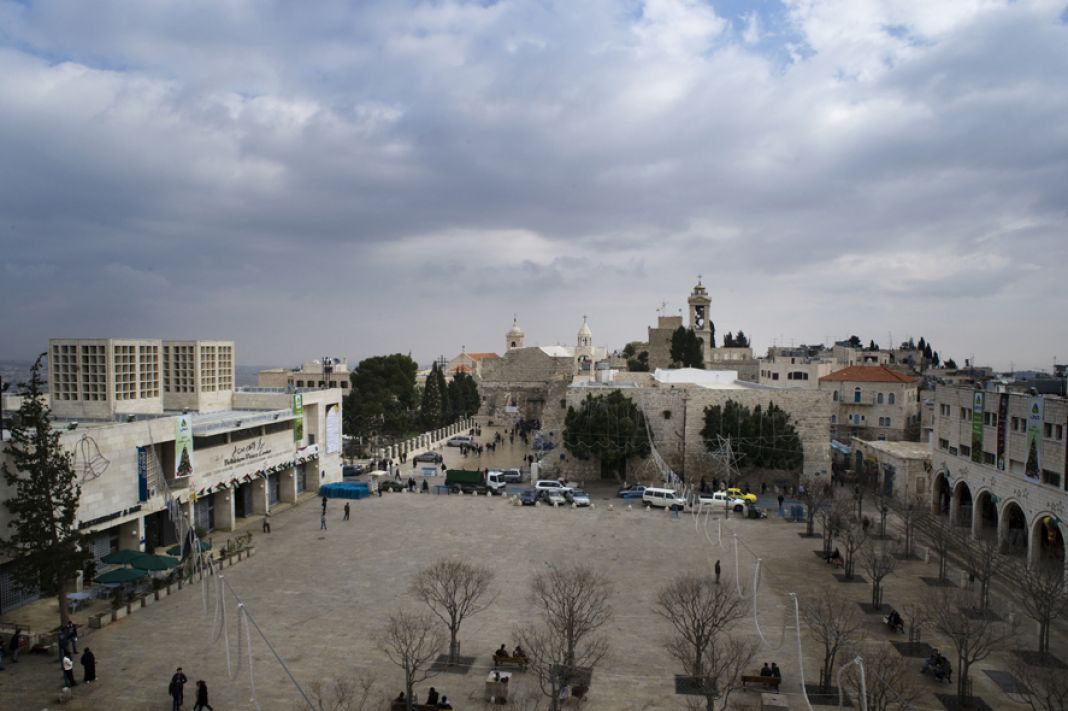 Manger Square, located in the center of Bethlehem, is known as an important city square. It takes its name from the “manger” where Jesus was laid after his birth, according to Christian belief.

The Church of the Nativity, Mosque of Omar, Peace Center, and multiple souvenir shops are located around the Square. On the right side of the Mosque of Omar, lies the Bethlehem Municipality that was established in 1872.

During the Ottoman period, the Square acted as a market where the people gathered to sell their fruits, vegetables, and livestock. In 1929, the old market was relocated to its present location in the middle of the Old City. Between 1998 and 2000, the Square was renovated.

Currently, Manger Square is considered an important cultural and social spot. Different events, exhibitions, concerts, and gatherings are organized there.