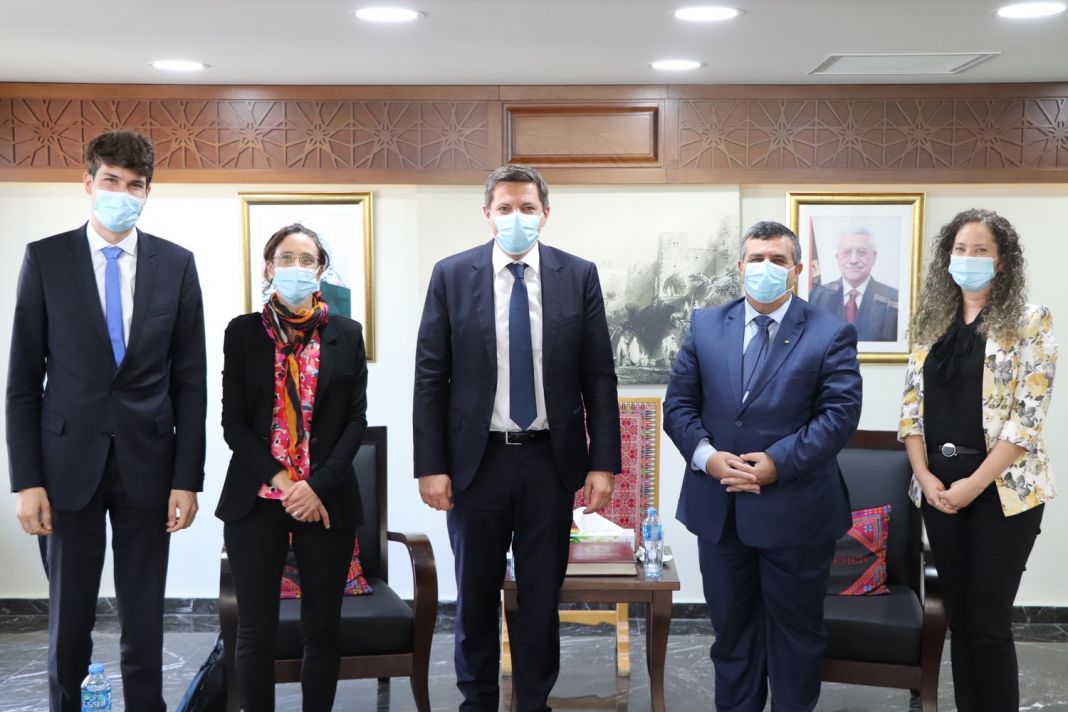 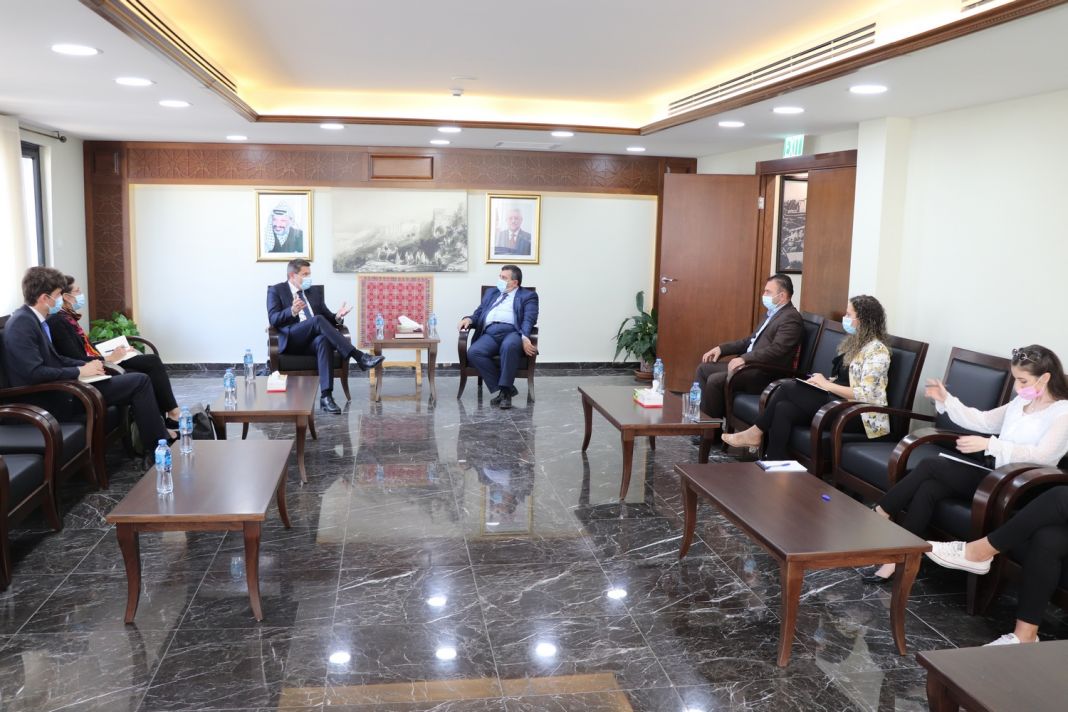 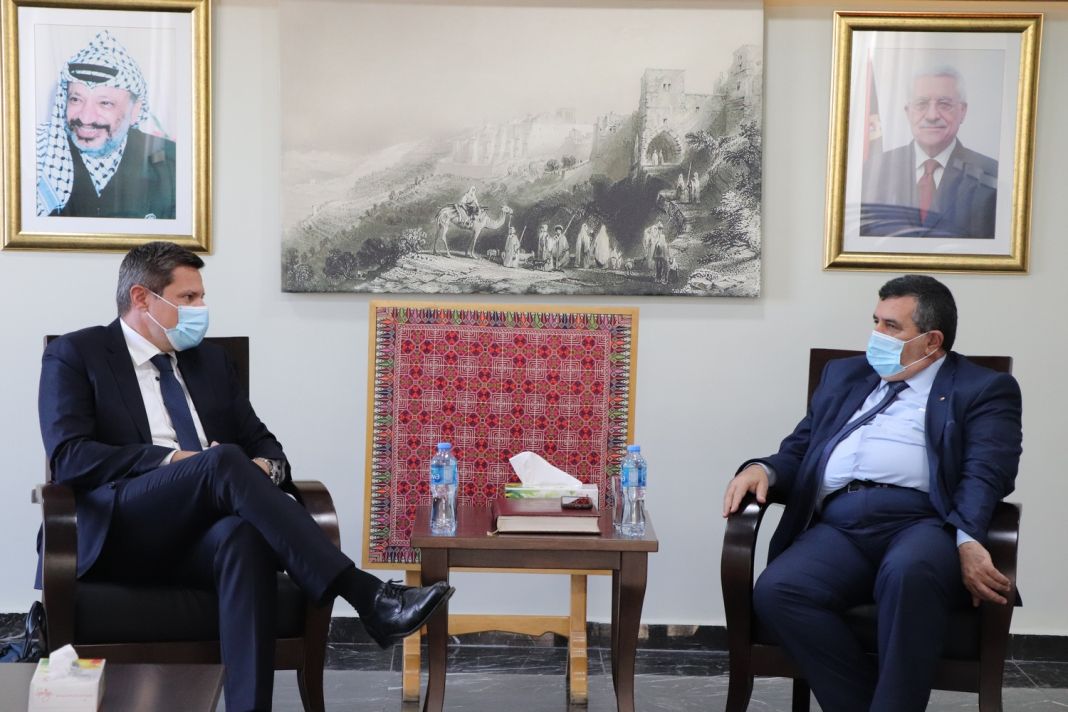 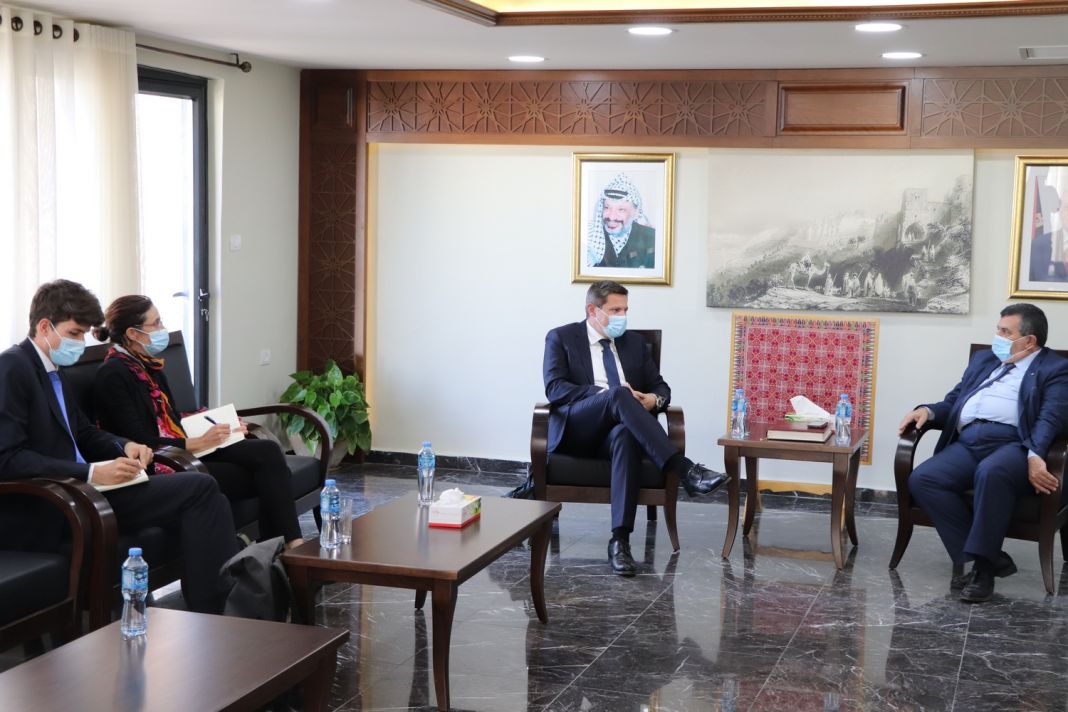 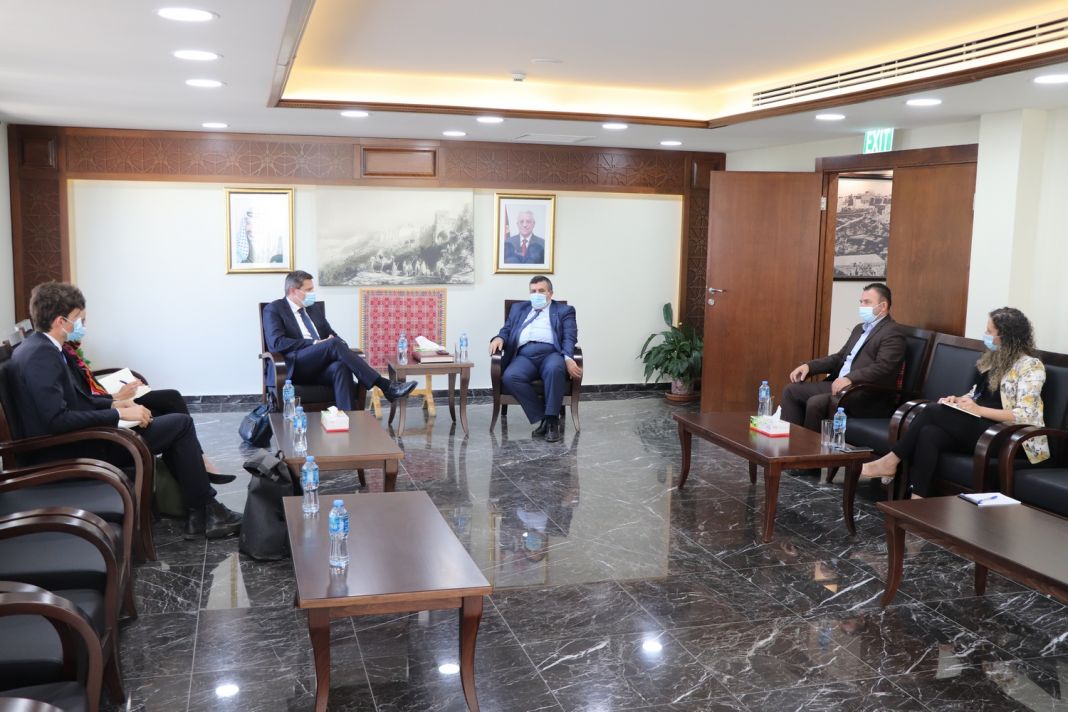 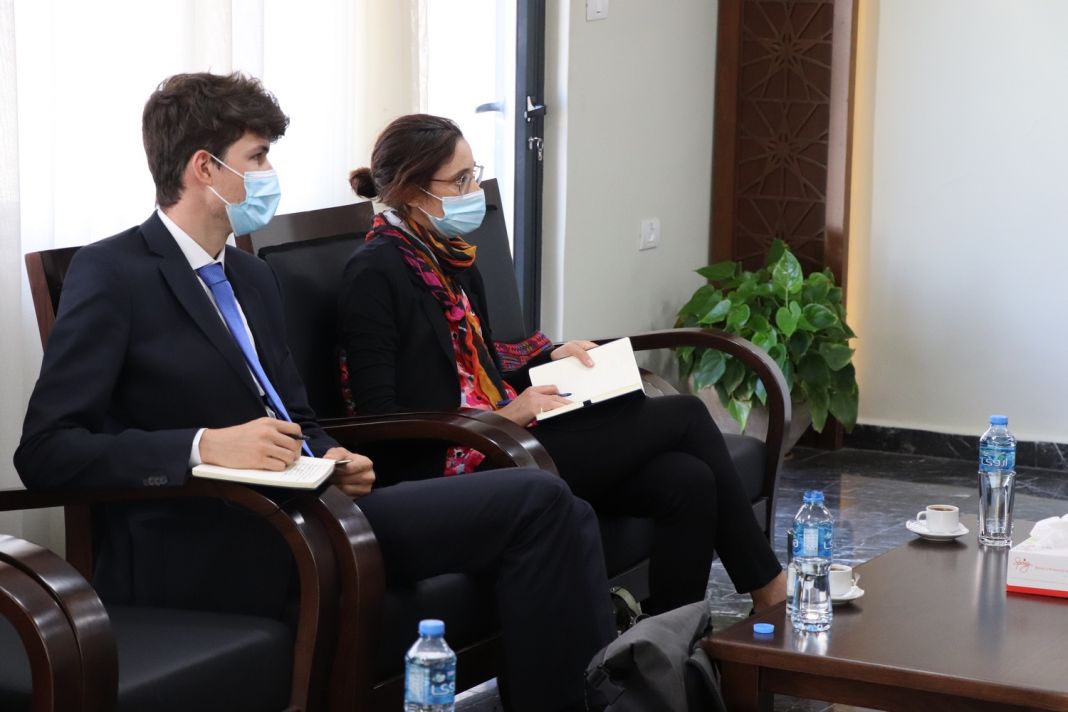 The Mayor of Bethlehem Adv. Anton Salman and the new representative of Switzerland in Palestine Mr. Victor Vavricka explored ways of cooperation and the twinning agreement to be signed with the Swiss city of Engelberg.

At the beginning of the meeting, Salman congratulated Mr. Vavricka on claiming his position as representative of Switzerland and expressed the municipality's constant readiness to cooperate in the implementation of activities and projects benefiting both sides. Salman praised the response of the Swiss representative in Palestine to Bethlehem municipality's letter on the annexation of Palestinian territories by the Israeli occupation and their support for the rights of the Palestinians.

Salman noted that despite the spread of covid-19 in Bethlehem, the links of communication between Bethlehem and the cities around the world stayed strong, expressing that the efforts to sign a twinning agreement with the Swiss city of Engelberg to be added to the list of 100 twin cities, had begun before the spread of the pandemic in Palestine and they are still ongoing.

Vavricka stressed the commitment of the municipality of Engelberg to sign the twinning agreement, noting that this relationship will contribute in creating new paths for cooperation in the fields of experiences and resources exchange, and joint work between the local community institutions on both sides.

The health situation in Bethlehem during the pandemic and the resulting challenges in the economic situation were discussed. Moreover, the representative expressed interest in developing programs and projects that support startups, professional training, and support young people professionally and academically.